THANK YOU FOR SUBSCRIBING

Paul Travers, President & CEO
For all the hype around VR and AR in the current era, these rather promising pieces of technology may have looked like crude space helmets from an 80’s sci-fi movie for a long time. Big and bulky, they were often irrelevant in the way of supporting any reality, let alone an augmented one. However, for the past decade or two, there were truly unprecedented and path-breaking developments in the AR/VR space, except for the one crucial factor—ubiquity—the ergonomic aspect that would make more people have and use an AR/VR device. The need of the hour is a product that is not only functional and innovative, but in the words of Vuzix’s Founder, Paul Travers: “Slim, Trim, and Sexy.”

These variants, no more conspicuous than a pair of typical regular sunglasses, are Vuzix’s flagship wearable AR glasses, dubbed Blade. The company is one of the earliest pioneers in the virtual wearable optics space, with R&D going as far back as the early 90s. Today, they are pushing the boundaries in wearable AR, reimagining the way we consume data and look at the bigger picture, if not every picture.

We spoke with Travers, the visionary behind Vuzix, to try and understand more about his company, the AR/VR space, and why he thinks his inventions, are unlike anything to have come and gone before.

The concept of VR is trending and is hailed to be the next BIG thing. Where did Vuzix begin?

In 1993, I introduced the world’s first head-mounted VR display for the consumer marketplace, called the VFX1. It was a full system, complete with a hand controller that allowed users to play games. By 1997, I had bought out all the external shareholders and started Vuzix. Initially focused on the defense space, we built Tach Eye a rugged monocular display that can be plugged into robots and radios, to enable them to see video feeds from those devices. At the same time, we started making wearable display systems for the consumer marketplace, years before Google Glass came out with theirs. We had PDA-compatible head-mounted VR display units that could plug into those devices, both immersive and see through. We have been at this for a long time, and have a perspective different than most, i.e., wearable devices by nature, need to be “wearable” all day long—which is vital.

Otherwise, you have already failed. If a person can’t use such a device for more than an hour, where would such a thing find a realistic application in the enterprise context?

In what ways are you driving your innovation across enterprise applications?

Our product lines for AR smart glasses are built around wearability, portability, and versatility, which is critical for deployment in the real world.

We have been at this for a long time, and have a perspective different than most, i.e., wearable devices by nature, need to be “wearable” all day long—which is vital

At the same time, our advanced waveguide-based optics and display engine technology help create smart glasses with a fashion-forward look. Vuzix is well positioned for the generally expected widespread consumer adoption of AR smart glasses, something that is right around the corner. In 2014, Vuzix introduced the M100, our first pair of AR smart glasses for enterprise workers and our company learned a tremendous amount about our enterprise customer base, use cases, and how to improve our smart glasses hardware and eco-system for the next-generation of products.

In 2016, Vuzix introduced our second-generation smart glasses, the M300 for mobile enterprise workers with a more improved ergonomic design and an array of wearable device options that enable the device to be used over the course of a full shift and in almost any environment. Once again, I cannot stress how much of an advantage wearability is, and in the case of the Vuzix M300, it was a device measured in a few ounces rather than in pounds. Vuzix M300 Smart Glasses have a relatively compact design, are lightweight, and very versatile, which enables the glasses to be worn in almost any enterprise work environment. It can be paired with a line of accessories ranging from medical headbands, eye-glass frames, safety glasses, and hardhats. Additionally, the M300 is right- or left-eye mountable, which solves the challenge of eye dominance that impacts approximately 30 percent of smart glass users, who are left eye dominant.

Could you illustrate some live applications of your solutions that would speak to the depth of their applications?

We have so many, but a good example is SATS. SATS, is a Singapore-based leading provider of gateway services and food solutions that provides services at 47 airports and 14 countries across Asia and the Middle East. SATS, the chief ground-handling and in-flight catering service provider at the Singapore Changi Airport started using Vuzix M300 Smart Glasses to digitalize its ramp-handling operations and has plans to introduce the technology to 600 of their staff. By using Vuzix smart glasses, SATS’ ramp-handling staff will be able to scan visual markers such as QR codes on baggage and cargo containers to improve the baggage handling process. What’s more, the ramp-handling teams will receive real-time loading instructions, and the control center teams will have a real-time view of the on-ground processes. SATS expects an increase in the accuracy and improvement in the efficiency of baggage and cargo handling processes for larger wide-body aircraft to shorten loading times by 15 minutes per flight.

Where do you see the company going forward in the months to come? What plans do you have in store?

The inflection point in enterprise adoption is finally at hand, and the enterprise space is where the first wave of adoption is occurring for AR smart glasses and this area continues to be a driving force behind Vuzix’ sales. Our enterprise business continues to expand, and we expect to see the continued success of the Vuzix M300 Smart Glasses and the co-branded Toshiba AR 100-powered device by Vuzix Smart Glasses products in the enterprise backdrop. Our highly anticipated Vuzix Blade Smart Glasses will be entering the market in a big way, shortly. We continue to see a growing demand for the Vuzix Blade from our developer community, which includes B2C-facing applications, strategic partners, and general application developers, and is by far the largest we have seen for any Vuzix product in recent memory. Vuzix Blade is a trailblazer in the smart glasses space, in terms of wearability and form factor and we’re looking forward to getting Blade devices out in volume to our customers, partners, and developers. 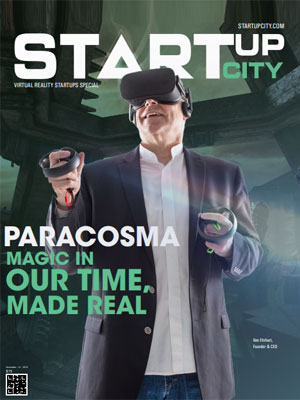