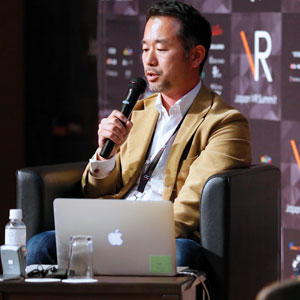 With over a decade of experience driving innovators in multi-platform entertainment, we see emerging technologies such as virtual reality, augmented reality, artificial intelligence, video streaming and blockchain as powerful tools that are changing the way people consume content. As an early stage VC, we look for startups that are disrupting these categories. A few examples include mobile AR platforms and consumer apps; AR glasses and enterprise apps; and entertainment applications in VR and AR.

The investment landscape for VR/AR

GFR Fund is unique in the larger VC landscape—but maybe not so much in the VR/AR market—in that we partner with other investors and funds to back the companies we are interested in. This has made the early stage investment landscape for VR/AR much more of a collaborative community, in my opinion, and less of a competition.

Investing in seed-stage companies requires a very different approach, as these startups often do not have the traction or hard evidence that is found in growth-stage companies. Therefore some of the most fundamental attributes we evaluate are early traction and the founder-market fit. This fit often translates to the experience, knowledge and expertise of the founder in the market segment their business is in. Early-stage companies may not have the most valuable product right away and they often need to iterate time and again to find a product-market fit that is scalable. This approach allows us to focus on the potential of the company rather than its current situation—which is a more objective measurement of the sustainability of the company—but also comes with a fair share of risk. This is why a collaborative approach to funding early stage startups is a good idea.

We got the money - now what? Opportunities for VR Business Growth in Asia

The Japanese are historically early adopters of new technology, and AR and VR are no exception. AR/VR revenue is on track to be dominated by Asia, particularly Japan, China and South Korea. Enterprise AR applications (such as AR glasses) are increasingly being used by Japanese manufacturers to increase efficiency in their warehouses; and Asian consumers are adopting AR and VR applications just as swiftly and passionately as they did smartphones and games. AR and VR startups in North America should not overlook the incredible opportunity for growing their business and seeking investment capital from Asian market leaders.

In addition to fundraising, we have helped several AR/VR startups grow their business and gain traction in the Asian market, where we have decades of experience and deep-rooted relationships with investors and businesses. Through us, our portfolio companies have been able to find strategic (and synergistic) partners from Japan who are driving towards the same goals and share a similar vision. 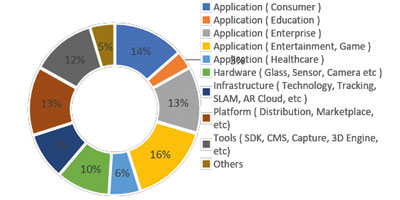 Littlstar is a great example of this. GFR invested in the VR/AR content network’s Series A round and helped the company grow both in the U.S. and Asia. In 2016, we brought Tony Muravero, co-founder and CEO of Littlstar, to Japan and introduced him to nearly a dozen accredited investors. On that trip, Littlstar was able to secure Sony and others as new investors, and we lined up a speaking engagement for Tony at the Japan VR Summit. “The connections and visibility that GFR was able to bring to us have been critical in making Littlstar the success that it is, and has afforded us the opportunity to expand into new markets,” said Muravero.

We believe that the AR market, especially mobile AR, is making huge strides towards consumer adoption with Google’s ARCore and Apple’s ARKit now enabling developers to create killer content. We wanted to see what was out there so we created a Global AR Online Pitch event to find the most innovative AR startups from around the world. In May 2018, with the support of our peers at The VR Fund and Super Ventures and many others in the investment community, we selected eight finalists out of a total of 241 submissions. The applicants hailed from 35 different countries, giving us a representable picture of the rapidly growing global augmented reality industry today. A deep dive into the applicants found that two categories accounted for nearly one third of the total companies that applied—Applications for Consumers and Applications for Entertainment/ Games. The most profitable category right now is Applications for Enterprise, and the most active category according to investors is Infrastructure, which includes Technology, Tracking, SLAM and AR Cloud, among others.

We see a mix of B2B and B2C businesses driving innovation in the VR/AR market and we expect this to continue into 2019. At GFR Fund, we are putting a lot of focus on entertainment applications and the technologies that are driving new content development and consumption. What's Next for Plant-Based Protein? Plant based meat - fad or here to stay?